Greetings, and Good News - the Pandemic is receding from view each and every day.  That means we get to meet in person for the first time since February of 2020.  What better way to kick off some semblance of OK than to have our Anniversary Picnic!

Back in March we decided to leave a little more time for recovery, so we postponed the meeting from June to July.  Since Saturdays in summer get busy, we put the picnic on Sunday, July 11th.  And we are still meeting at West Bush Lake Park but we have a different shelter this time.  It's the same park, just one shelter to the South.  Click on the map image for a larger view. 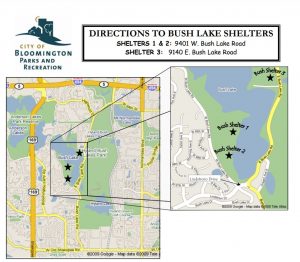 What to look forward to:

We'll also be setting up a virtual camera and speaker so you can visit if you just can't make it to Bloomington.

The date has been set for the 2021 Garden Party. This evening event is hosted by Emma and a few close friends,  and consists of several courses of yumminess. The seats are limited - though not as limited as the Valentine Dinner - so sign up at or before the June meeting (or contact Mary by that date if you can't make it). If too many people sign up, we'll draw names to find the lucky winners as we have in the past. The cost is still $35 and all proceeds benefit our operations budget.

You can sign up here, or through the My UssNokomis link on the menu bar.

Mark Uecker is a good friend and supporter of the Nokomis, in addition to being a member.  The National Lutheran Choir is very important to Mark, and you can imagine how hard this COVID year has been on the entire organization.

Here is the information from the NLC about "Light Dawns", their spring celebration and replacement for the Benefit Gala. 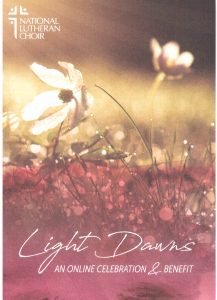 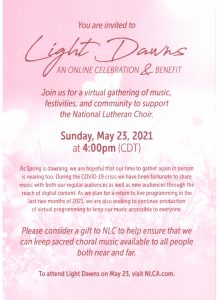 After the last meeting we had our first (and hopefully final) Zoom-Remote Journey to Nowhere Beer Tasting.   Seven households provided 14 different brews, with quite the variety.  The gallery shows you what we had on hand.

The adventure began with collecting all the beer and figuring a way to conceal it from view.  Contact brand Shelf Liner worked well, in case you ever need to cover your can. (wait, that sounds wrong somehow).  Hand them all back out in a box of 14, and the contest was on.  There were 5 rounds with 2 or three beers, two semi-finals and a champion choice.

After about 45 minutes of tasting, the winners were

Thanks to everyone who purchased and provided drinks for tasting.  I had a lot of fun figuring how to do something we've done more than a dozen times before while still being safe and healthy.  That's the first time healthy has been used in association with drinking 14 beers.   It was fun, and I hope we don't have to do the remote tasting again - it's more fun in person.

Is your email address changing?  Please keep your address up to date in the Nokomis' web page too.  You can handle it yourself.  Log in to the site, click on the My USSNOKOMIS button on the main page, then Manage My Subscriptions.  You can change your email address there, and it takes effect immediately.  Now you don't have to wonder if your email is right, you can check it right there too!

Last year, the last in-person thing I did was volunteer at the winter fundraiser, Bouquets.  It's an event full of good food and drink, beautiful warmth and scenery in the middle of winter.  Normally the ticket sales are limited by the size of the Conservatory, but not this year.

Visit comofriends.org/events/bouquets/ to see all the options, from a free-will donation Live presentation at 7PM, to a few tastier box with wine, beer, and food samples.  Lynne and I will be there in spirit(s), consider joining us. Tickets are available online, and all proceeds benefit Como Friends, the charitable arm of the Como Zoo and Conservatory to fund educational programs and Zoo improvements.

We held the first online Scavenger Hunt after the last Nokomis meeting.  There were 20 clues or questions in the 30 minute hunt;  if you knew the answer you got points; if you brought the answer to the screen you got even more points.  How would you have done?

Here's the clues. Some are Trek related, some are not.

I'll post the answers in next week's newsletter.  Good Luck!

Now there are more and more options for paying for things these days, and we're doing our best to allow as many as we can.    Log in to the web page for details about each.

With the start of a New Year, let's try some new ways to do some traditional after-meeting events.  Here's two that are coming almost right away.

Scavenger Hunt - We've done a few of them, hunting around the Mall of America for the answers to cryptic clues.  In January we'll spin it just a little differently.  After the regular business meeting, I'll send you all an email with the clues, and the answers should be something you have at home. Don't worry, we're not gonna make you take a picture with a mannequin (who has that?) but we might ask for a picture of one. We'll keep it to half an hour to find as many things as you can, and we'll do a quick grade online.  Care to try? Come to the January meeting

Beer Tasting Rabble- For 5 years in a row we headed out to new brew places on the road to try new places and new flavors.  We've also brought them together for tasting contest - so here's the spin.  At the February meeting I'll ask for who wants to participate.  We'll need to know how many at that time so we know how many households need beer samples.  Yep, we're gonna do it at home.  Sometime in late February I'll drive around and pick up all the samples and 'obscure' them from view with paint or something.  They'll be numbered so we can all try and grade them at the same time.  Just think: Lots of samples to taste, and no possibility of having too much to drive.  Interested?  Come to the February meeting to find out how it all works.

I expect we'll still be at home in March and just about ready to chew the furniture.  A little distraction might help, and with luck we'll all be together sometime in the summer.

Are you expecting information about a Zoom meeting on the 12th of September?  Well, you'd be the only one there.  We moved the meeting from the 12th to the 19th before we knew bowling would be impossible.  The bowling ended but the move remained.

More? You bet.  Be sure to mark your tricorders with the right date and time.